Whether you've worked in real estate or not, if you know it on even the most basic level — i.e., having bought or rented a home — you've definitely heard someone say, "Location, location, location" at some point. It's a cliche that, like most cliches, became popular because there's a lot of truth to it.

In outside sales, location is generally thought of in the sense of territory, and it can indeed make or break an organization. Not only do you always have to find new customers who become part of various territories, but it's also critical to make the most of the territories you've already established. By adopting the best practices of territory optimization and leveraging leading-edge mapping software from eSpatial, you can begin consistently creating ongoing success opportunities for your sales team.

The process of territory optimization, in a nutshell, involves aligning your sales resources to maximize selling capacity. Any sales team can take the obvious shortcut of hiring more reps and demanding that they cover more ground in a given period of time. But that's little more than throwing money and personnel at the problem, not necessarily solving it — and in these uncertain economic times, your organization might not have the latitude to do that anyway.

Instead, optimization means selling more — either by volume of transactions or strictly by revenue brought in — without using more resources. In fact, in some cases it means using less of them: Perhaps a territory has too many reps assigned to it and they're effectively stepping on one another's toes, restricting the profitability of the area as a whole. You could optimize the opportunity of both that territory and another by cutting some of the sales agents from the former and moving them to the latter.

If there is one true key to territory optimization, it's equity: The territories you create for your sales personnel to cover, whether they're based on geographical zip codes, greater metropolitan areas or county lines, must provide each of the reps assigned to them with the same opportunity to close new and lucrative deals. With the playing field made truly level, you'll likely be amazed at how much more effectively your sales team serves your organization's bottom line.

What is the best strategy for territory optimization?

Although the goal of territory optimization is fairly easy to sum up, the process of achieving it is not quite as simple. Territories must be designed with all relevant key performance indicators taken into account: historical sales data, estimated sales potential, areas of high product or service demand, the locations of promising leads, demographic data (spending habits among certain age groups or company types, et. al.) and so on. You'll also need algorithms to balance the assignments based on workload, before you can start thinking about opportunity.

The way in which a territory is built also informs the richness of its opportunities. Instead of picking with geography first, start from the ground up by selecting one of your most reliable revenue-generating accounts. That's the first account of the territory. Then, consider the account's surrounding geography and the customers in its vicinity, and add them. With that baseline, you'll be able to better identify leads with similar characteristics. Finally, you pick one or more reps for a territory based on their experience, and set quotas based on equitable opportunity.

If you don't take care of your reps, your sales team can't succeed — certainly not up to its potential. Territory optimization isn't solely about the equitable distribution of accounts and opportunities, but also the prevention of capacity overload and burnout.

When reps are above capacity, they don't cover all of their accounts and leads as effectively, and money ends up getting left on the table. On the other hand, being under capacity is just as bad, as it gives sellers no realistic hope of making quotas that, in this case, have likely been over-assigned. Using territory optimization to find an equitable middle ground takes stress off reps, giving them the latitude to work harder on every account.

Ultimately, territory optimization and its secondary benefits can help increase sales and profits by anywhere from 4-12%, according to Ken Kramer, vice president of eSpatial's North America bureau. Kramer also identified that travel costs also drop an average of 10-15% — increasingly important in this new sales environment.

eSpatial's territory management and optimization features will help your team create the truly equitable sales territories they need through the power of cutting-edge data mapping and visualization.

Want to see eSpatial's territory optimization capabilities for yourself?

Technology has developed rapidly over the past decade, and mapping software is no exception. With modern platforms like...

Are you drowning in a sea of data? Data is the lifeblood of your business. It is more complex and numerous than ever....

Territory optimization, when to split , change or realign

Topics covered What is a territory split/change Why should you split a territory? The measures that drive territory... 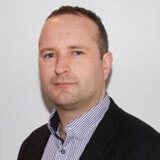 We are excited to announce that from October of this year, you can update your Salesforce territory alignments directly...