The political power of mapping software 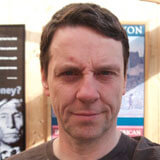 Former U.S. Speaker of the House Tip O’Neill never mentioned anything about mapping software in his speeches, but he did coin the phrase “All politics is local”.

However, you can’t leverage local power if you don’t know where to find it. And that’s where mapping software appears to be gaining ground. Or, at, least, that’s what has been suggested by two recent uses of eSpatial in the US political arena.

The first occurred late last year when a non-profit organization contacted us, in the hope that we could solve a problem. This non-profit specialized in raising money for clinics. In addition to its own fund-raising activities, it was also funded by state grants.

Mobilization with a map

When the state funding was to be reduced, the non-profit canvassed its senate representative. The Senator refused to oppose cuts, citing the pressing need to reduce state budgets.

The non-profit mobilized and one of the smartest moves it made (we say this humbly, of course) was to get in touch with eSpatial where, using its data, our software helped the organization create a map that had some leverage over the Senator.

What was on that map?

Well, it turns out that a substantial part of the non-profit’s activity involved running a high number of thrift shops – staffed by an army of volunteers – peppered around the state. eSpatial was able to take this data and set it against electoral boundaries.

Many of those boundaries were strongholds of the aforementioned Senator. What would the electorate think of him of they discovered he refused to support a valued local community service?

Were it not for putting both datasets on a map, the connection between the politician and the shops would not have been so obvious. Suffice to say that the Senator had a sudden change of heart when it came to funding for the non-profit.

A couple of months later, in another part of the US, a township council election was taking place, and somebody had left the announcement of their candidacy to the last minute.

He needed to get his supporters out on the streets – quickly – to knock on doors, to raise awareness of his campaign. While he accepted an election victory was impossible at that stage, he had no wish to end up with an embarrassingly small share of the vote.

All he had was a spreadsheet of declared supporters of the outgoing candidate. He needed to get them on board – and fast. Like the Lone Ranger, eSpatial came to the rescue, riding into town with a trusty map.

The candidate used eSpatial to map where the declared supporters lived and then evenly divided up the districts for canvassing purposes. This meant a reasonably small number of canvassers could be deployed more effectively. No time would be wasted talking to unsympathetic voters.

I’d love to report the candidate came first. In fact, he came third – but that’s a long way from the position he was expecting to occupy before discovering eSpatial – i.e, last.

It’s always great to hear of new ways that eSpatial mapping software is being used, especially at local level.

Tip O’Neill would have been proud of us.

Patrick Butler joined the eSpatial marketing team from 2013 to 2015. With a Masters in Journalism and experience in a variety of organizations, Patrick brought a wealth of commercial knowledge to the eSpatial team.

How to do customer relationship mapping