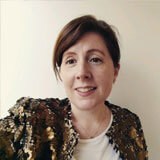 Many members of the Irish diaspora made (and continue to make) their way to the United States – the fabled land of opportunity. Well-known Americans like the Kennedys, Ronald Reagan, Conan O’Brien and even current US President Barack Obama all claim Irish heritage.

Today, we’ve mapped populations claiming Irish ancestry in the US. Our first map (above) uses the colours of the Irish flag to represent the Irish in the United States.According to the 2010 US Census, 34,537,349 people in USA claimed Irish ancestry. (Actual figures may be higher, as the data provided excludes the District of Columbia, the states of Hawaii and North Dakota, and the unincorporated territory of Puerto Rico.) That’s the second-largest self-reported ethnic group in the US (German-Americans are the first)!

It’s not a bad result for a country that currently numbers under 5 million!

The Irish culture has spread and become part of many countries’ cultures, thanks to both historical and more recent waves of emigration.

In our second map (right), you see the 10 states with the largest population of self-reported Irish-Americans.

In this map, you’ll notice the concentration in the states on the eastern half of the country.

The obvious exceptions are Texas, Florida and California. We wonder what attracted so many Irish people to these states? Did they head to California for the gold rush (no leprechaun jokes, please!), or were they attracted by the bountiful sunshine available in all three states?

What do you think?

Laura Lilienthal lead the Corporate Marketing team at eSpatial between 2010 and 2012. In that time she was a major author to the eSpatial blog and a real thought leader for the industry.