Retail Mapping: find the best locations for your stores 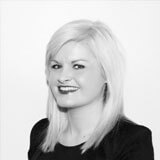 Determining the optimum location to place a new retail store can be a hard and tricky process and not to mention quite time-consuming. eSpatial retail mapping provides you with a clear visualization of your data’s density making this selection process quicker, easier and more accurate.

eSpatial’s interactive map allows you to identify and visualize gaps in your market thereby making it easier for you to decide where to place your store.

A retail outlet chain recently approached me wondering if eSpatial could help them find the optimum locations for some new stores. This is an established company with a number of stores across the US. Now it wanted to venture out into new territories.The aim was to identify – on one map – the states in which they currently had stores, thereby allowing them to identify the gaps in their market. Straight away I suggested that they create a heat map report.

They created a heat map report using their own store locations and US state boundaries, which are built into eSpatial. The result: a colored interactive map (see below) clearly highlighting density of stores by state and gaps. This gave the company clear insights, which a spreadsheet could never have provided. In addition, these visual insights could easily be shared across the company.

I suggested that they overlay US Age/Sex demographic data (also provided by eSpatial) onto this map to help identify states containing a high proportion of their target market (people aged between 30 and 39). As you can see below, the states in their map  are colored and categorized according to the proportion of people aged between 30 and 39 within them. This helped determine gaps in the their market and suggested where it would be most beneficial to place a new store.

Create A Similar Report Yourself

If you need any help, please feel free to get in touch with eSpatial support or your customer success representative as they would be more than happy to help you out

Jenny Kelly has been a key member of the eSpatial team for over 8 years. Having completed her Masters in Geography at University College Dublin, Jenny joined eSpatial as a GIS Technician and followed her calling into our customer facing group. Jenny is now our Senior Customer Success Manager, allowing her combine an encyclopaedic knowledge of geographic analysis with real-world business outcomes to ensure customers achieve their business goals.

Can A Geographic Lens Really Enhance Your Field Sales Analysis?

How Mapping Software Will Revolutionize Your Sales Performance

Recruiters, where are your candidates?