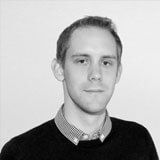 Over the past few weeks, we’ve introduced numerous new datasets for our customers to use in our mapping software such as Three-Digit Zip codes and Congressional Data. The latest dataset we are making available for mapping analysis are Australian Postcodes.

A breakdown of postcodes in Australia can be seen in the below table:

Why are Australian Postcodes used?

Australian Postcodes allow organizations to overlay postcode data for analytical reasons. For example, in the map above the average monthly income and mortgage repayments in Australia can be divided to individual postcodes. Like Zip codes in the US, postcodes can also be used as building blocks for sales territories by allowing companies to quickly divide up a large target area into more manageable regions.

You can try out these datasets for yourself

Introducing eSpatial on the Salesforce AppExchange

The October Update of eSpatial has been Released

The July Update of eSpatial has been Released

Our latest version of eSpatial has been released!